All things Frozen at Disney World 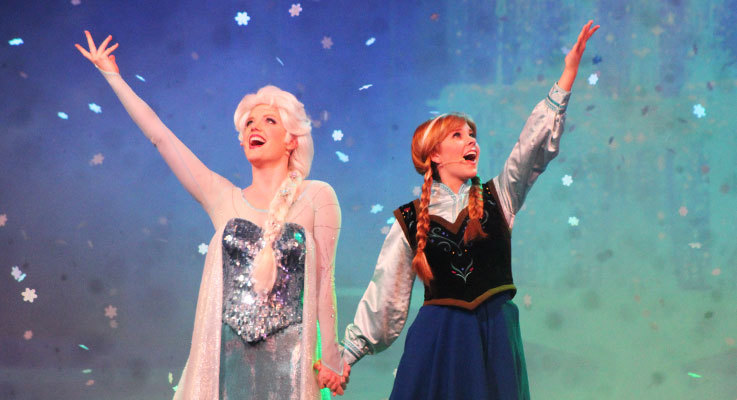 Frozen fever is set to return with the release of the long-awaited movie sequel to the 2013 hit on 22nd November this year! The stage musical starts its tour of the US in the same month, before it makes its way to the Theatre Royal in the West End’s Drury Lane late in 2020, making this the perfect time to catch up with all things Frozen around the Disney World Resort!

You won’t get an icy reception if you head to Disney in search of your Frozen friends! From rides, shows, meet-and-greets and merchandise – Disney World has it all for fans of Anna, Elsa, Kristoff, Olaf and Sven. Across each of the parks is a flurry of Frozen magic, so prepare to snowball into this wintery adventure!

We’ll start our journey at Epcot – in the Norway Pavilion of the World Showcase, and the location of the Frozen Ever After ride, which opened in 2016 on the site of the former Maelstrom attraction. Suitable for those of all ages and with no height restrictions, this is sure to be a hit with the youngsters (as well as the young at heart) in your party. Take a seat aboard a Nordic boat and set sail into adventure. Prepare to get splashed as you are carried by the water through a frozen willow forest, watch as Olaf and Sven sing Do You Want to Build a Snowman, pass Grand Pabbie as he tells some young trolls the story of the events of Frozen, then head upwards to Elsa’s magical ice palace! You’ll hear lots of your favourite tunes from the film, and come face-to-face with some friends from Frozen and the short film, Frozen Fever!

After you have disembarked, head across to Anna and Elsa’s summer cabin, the Royal Sommerhus. Here you will be able to pose for a magical photo with Anna and Elsa and even have a chat with your favourite royal Arendelle sisters! Next to the Royal Sommerhus is The Wandering Reindeer, a log-cabin-style shop offering a wide selection of Frozen-related merchandise, including costumes, dolls and plush toys.

On leaving Epcot, make your way to Hollywood Studios, where the main Frozen attraction is For the First Time in Forever: A Frozen Sing-Along Celebration. This daily 30-minute show is held at hourly intervals, starting at 10.30am, with the last show scheduled at 7.30pm. Take a seat in the Hyperion Theater across from Echo Lake and listen as the Royal Historians of Arendelle tell the story of Frozen. Behind them, moments from the film are shown on the big screen, and you are encouraged to Let It Go, as you sing your heart out with the rest of the crowd to the on-screen lyrics! Watch out for some enchanting magical guest appearances from your favourite Frozen characters too! Talking of the characters – now is the perfect time to pay a visit to Olaf at the nearby Celebrity Spot. Chill out with your snowman chum, where you'll get a warm hug, autograph and have your photo taken together! You can pick up some more merchandise and Frozen souvenirs at Frozen Fractal Gifts between here and the Hyperion Theater; there’s even a special coin press machine to use! For a nominal fee, you can flatten your loose change into a Frozen-themed design. There are a number of coin machines around the resort – each featuring different characters and stories – how many will you manage to find and press coins at?

Our final stop on our search for all things Frozen is Magic Kingdom. Although there isn’t a Frozen-specific show or ride here, the royal siblings appear as a part of the Disney Festival of Fantasy Parade. Find yourself the perfect spot well ahead of the parade time to get the best view, and watch on as the inhabitants of Fantasyland make their way through the park! With a mixture of floats, stilt walkers, street performers, dancers, music and all your Disney heroes and heroines, not to mention the fire-breathing Maleficent Dragon, it’s an unmissable spectacle! Anna, Elsa and Olaf are on their own icy float – see if you can get a wave from them as they pass by!

Parade Tip – Liberty Square in front of Ye Olde Christmas Shoppe is a good place to see the Disney Festival of Fantasy Parade. When the rope barriers are put in place, this part of the street is sectioned off, so grab a spot at the front and wait for the parade to pass! You need to be here around half an hour before the parade starts, and bear in mind it will take a while for the parade to reach you – so have a loo break first![](http://)

You’ll have blizzards of fun when the trio also make their appearance onstage at Cinderella Castle during Mickey's Royal Friendship Faire. With shows at 10.30am, 11.30am, 1.00pm, 2.00pm and 4.15pm, there are plenty of opportunities to see a whole host of classic and contemporary Disney characters gathered by Mickey and his gang for this onstage musical and dance spectacular.

There are so many magical moments for fans of Frozen around Disney World, you are sure to be humming songs from the film long after you come home, and with Frozen 2 just round the corner, there is sure to be a flurry of excitement around the parks building up to the release of the new film!

What is your favourite Frozen moment from Disney World? Which attraction do you think is a must-see for fans of the film? We’d love to hear your thoughts, so get in touch! 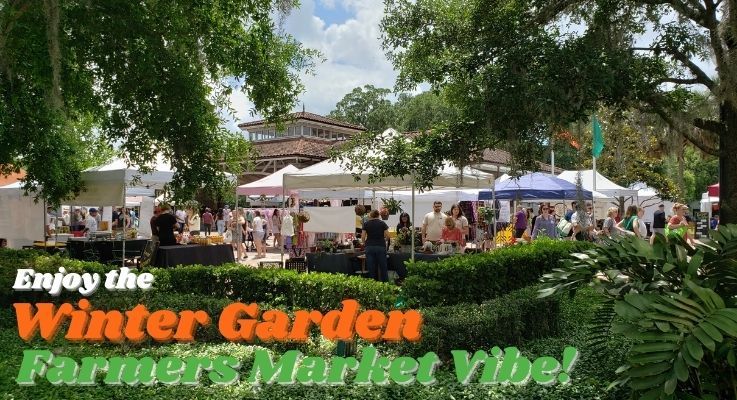 Ready for a fun locals’ experience on your Orlando villa holiday? Check out the Winter Garden Farmers Market for something totally unique and original. 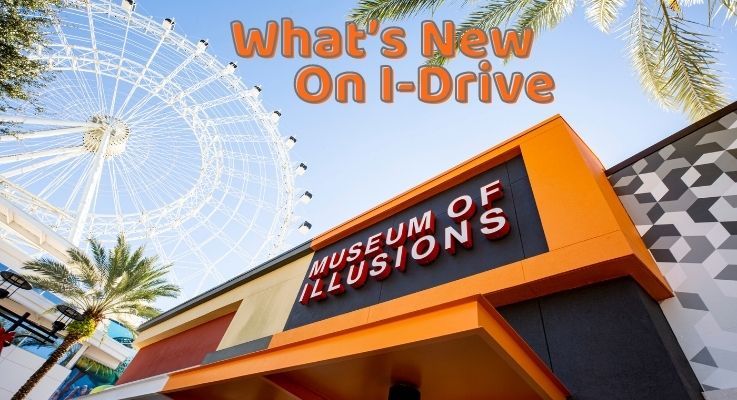 The Brits are back in Orlando in fantastic numbers this year, and there’s a LOT of new developments for them to see and do, so we thought we’d highlight some of the latest attractions and changes to look out for. 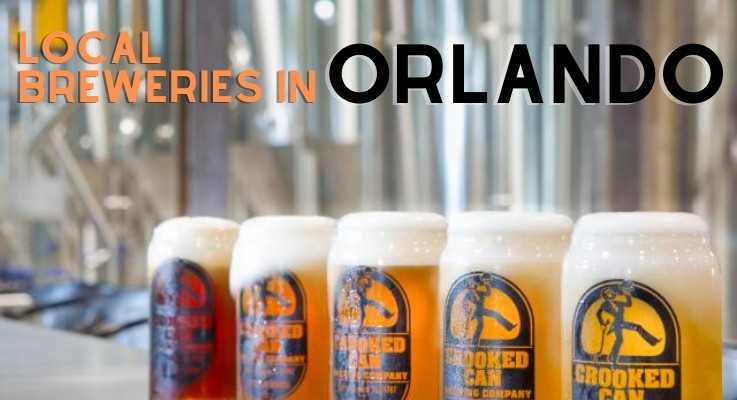 When it comes to providing a really good pint, Orlando used to be like most of America – you had the choice of Budweiser and Miller Light, and maybe a few other big-name brands. But not anymore. 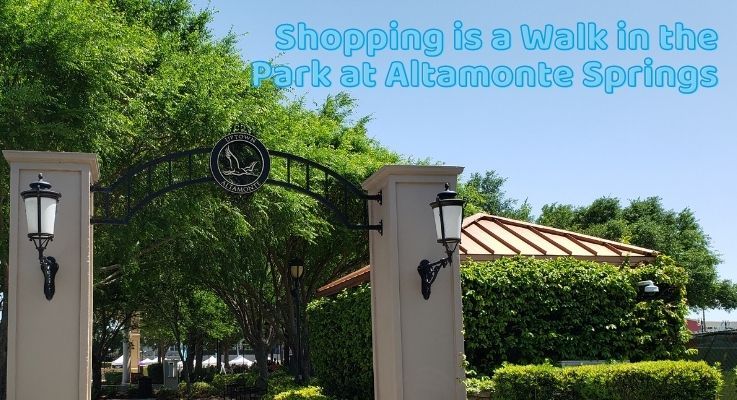 Shopping is a Walk in the Park at Altamonte Springs

We know shopping is close to the heart of many of our UK visitors, but did you know you can combine a healthy spot of retail therapy with a glorious walk in the park? 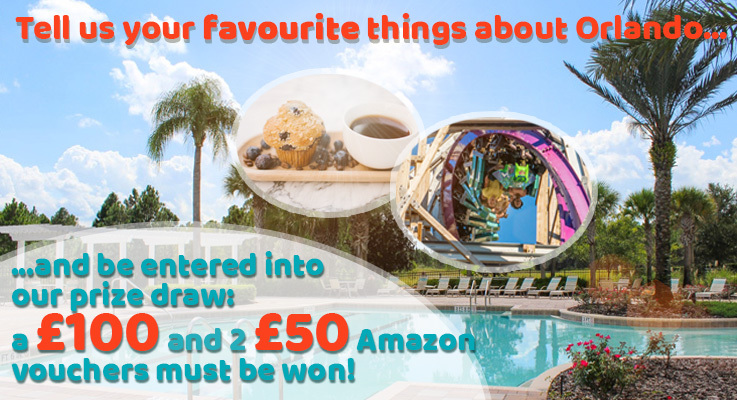 Tell us your favourite things about Orlando and win £

We are always on the lookout for great recommendations. So, we are asking for your ideas – and in return we’ll enter you into our prize draw: All you have to do is tell us your favourite communities, restaurants and rides