Our Splash Guide to the Top 8 Water Rides in Orlando 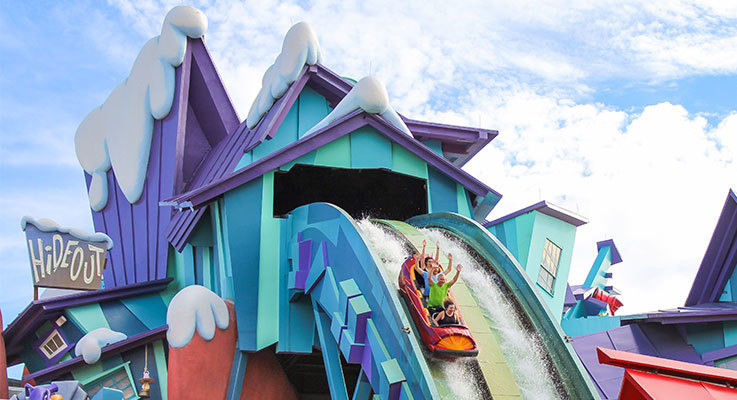 The heat can get a bit much sometimes in Orlando, and there are many ways to cool off, either duck into an air-conditioned shop, find some shade under the huts and parasols, but the most fun way surely has to be going on a water ride at the theme parks! Below we’ve listed some of our favourites, and mentioned how wet you can expect to get on the ride!

Open since October last year, Infinity Falls is sure to more than satisfy water-ride enthusiasts! It’s quite long, at around 4½ minutes, but it also squeezes so much in to guarantee that you will be absolutely drenched by the end! After sitting down in your eight-person ring raft, grab hold of the bar in front of you – you are going to need this as you skim past some flamingos and into your bumpy ride! Spinning in circles, you’ll already be wet after quickly careering over a set of rapids before your first climb! Here you’ll reach the summit and be thrown into more rapids, as well as some rather sneakily-placed jets! You’ll be cannoning off walls and spinning around before you reach the ride’s climax; here a vertical lift takes you up the side of a waterfall, once at the top, you barely have time to see what you have let yourself in for as you slide down the 40ft (12m) drop – creating a huge splash!

Fans of the 1993 film absolutely must pay a visit to the Jurassic Park River Adventure – but be advised you will get quite wet, as will bystanders on the nearby bridge! The ride kicks-off with river cars starting to explore the park, drifting along on the peaceful river on Isla Nublar. Guests eventually reach the park’s gates which are flung open to the iconic theme tune. A huge animatronic brachiosaurus greets you before you go under a rock archway into Stegosaurus springs. Here the narrator continues to guide you through – once you have been squirted by the geyser! Passing through you’ll also meet the parasaurolophus who aspirates over the group before hiding away. You eventually enter the ‘secure’ part of the park and observe destruction all around! Much like the film – dinosaurs have escaped and are running amok! You’ll find more animatronic dinosaurs scrapping around whilst hearing alarms going off. Before you enter the building a crated raptor is almost dropped onto your head, as you begin the climb into darkness! As you ascend, you’ll hear the creatures screeching amidst the strobe lights to really get the guests worked up – before they are confronted by a dilophosaurus! They attempt to blind the group by squirting them with their ‘venom’, which is nothing compared to the face-off with the tyrannosaurus rex which occurs straight afterwards, sending you down the ramp for the massive splash finale!

For fans of James Cameron’s Avatar, Na'vi River Journey is an absolute must-see! This is the closest you’ll get to setting foot on the fictional planet of Pandora in real life. Your four-person car drifts through scenery recreated from the film. Animatronic figures and projection-mapping really help bring the luminescent surroundings to life. With frog-like shadows hopping above you as you hear the resonant croaking and clicking – it’s almost as if you are ambling through a Pandoran nature reserve! The Shaman of Songs provides a stunning musical interlude to your gentle journey to the end of the ride.

Wanting the best of roller coasters and a water ride? The Journey to Atlantis will not disappoint! You start your trip in eight-person cars, by passing a tiny seaside village before venturing into darkness, past luminescent figures, fish, corals and starfish. You continue drifting through an Ancient Greek-themed village, passing a fountain, after which you begin climbing the first roller coaster part of the ride. This drags you even higher, before it sends you crashing down into the river below! Once here, you travel around to start your next climb, bringing you back inside. You are enveloped into the darkness once more, surrounded with lights, just before the final roller coaster section flings you back into the river and towards your journey’s end.

Enjoy a quick watch of a cartoon before you are sent past animatronic figures of characters from the series in this child friendly, crazy-colourful log flume ride. A roller coaster cranks you up a ramp, onto a fast-moving river – into the mines. You continue on your journey past more cartoon characters, before being sent back into the mines. An oncoming train sends you splashing straight down into the river below, which then carries you under a saw, into another thorough splashing for good measure! The stream whisks you around a series of bends before you are hoicked up a huge ramp – the prelude to the massive 75ft (23m) descent that guarantees there won’t be a dry eye (or sock!) in the house, as you reach the end.

Head underground in your log flume where you are dragged up a ramp and into the river at the top – just before you scale an ever-steeper slope! Watch out as you can be splashed by the riders coming down to your right! Once you reach the summit of Splash Mountain, jovial country music rings out and you get to see some mountainous terrain prior to making a big splash below! You are then guided gently through a series of animatronic cartoon characters from Brer Rabbit. It gets darker and darker before you plunge down once again, with more Brer Rabbit characters giving you brief respite, before you are sent crashing down once more! You aren’t quite done yet though, as you are soon cranked up the ramp for the ride’s pièce de résistance! A 50ft (15m) drop through a tunnel pretty much guarantees that if you weren’t soaking before, you most certainly are now. For all your exploits, at the bottom a steamboat procession awaits you, thrown by the ride’s residents, on your way through to the end.

On Kali River Rapids, you and 11 other people in your ring raft float slowly up to a ramp, being dragged inch by inch, before you agonisingly creep over the fountain at the top! You then start turning as you hurtle over the water, and down a ramp which continues to take you on your bumpy course. After getting dripped on and sprayed by jets throughout, water from an elephant’s trunk signals the end of your journey.

Frozen Ever After – Disney’s Epcot

In Epcot’s Norway Pavilion, you’ll walk into Arendelle to experience this log ride, featuring scenes from the first film. After entering through a cave within Frozen Ever After, an animatronic Olaf sings ‘Do You Want To Build A Snowman?’ as you pass en route to the trolls. After this you will be swept up by the image-mapped snowflakes blowing alongside you as you find Anna, Kristoff and Sven – before you burst through doors as Elsa sings the hit ‘Let It Go’, sending you backwards through a misty tunnel. When you reach daylight amongst the snow-capped terrain, where you start going forwards again. The snow monster Marshmallow roars, speeding you up to see Arendelle Castle backlit with fireworks! Your ride comes to an end as Anna and Elsa hold hands, singing ‘In Summer’ with their chilly chum Olaf!

As you can see, there is plenty to choose from, across the major parks! From the gentle touring of Na’vi River Journey, to the is-a-poncho-even-worthwhile? situations at Infinity Falls, Splash Mountain and Dudley Do-Right’s Ripsaw Falls! There will be something to suit everyone, from thrill-seekers to chill-seekers!

Have you been on any of the water rides in Orlando? What did you think? Have we missed out your favourite? Get in touch with us using our social media channels! 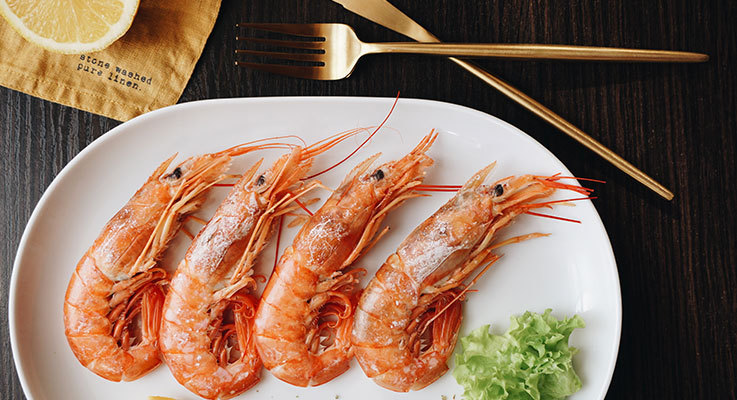 The Best Seafood Restaurants in Orlando

We've cast our net over the world of seafood in Orlando. In this blog you’ll find a few of our favourites, but these are by no means the only ones you’ll find, after all, Florida does have around 663 miles of coastline! 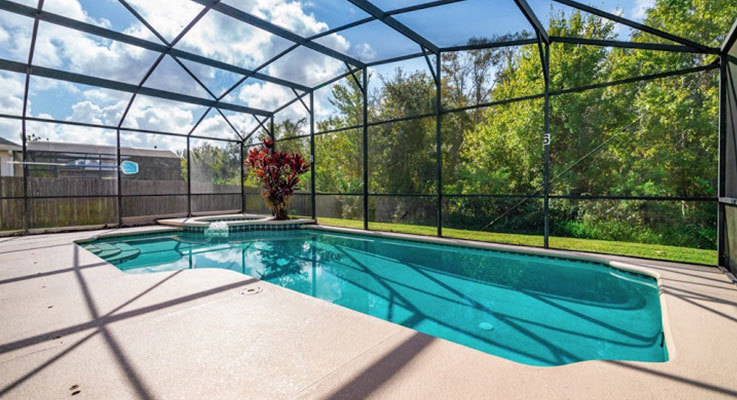 Orlando Villas with a Saltwater Pool

Find out how saltwater pools are beneficial to your health and a welcoming addition to your Orlando villa holiday. 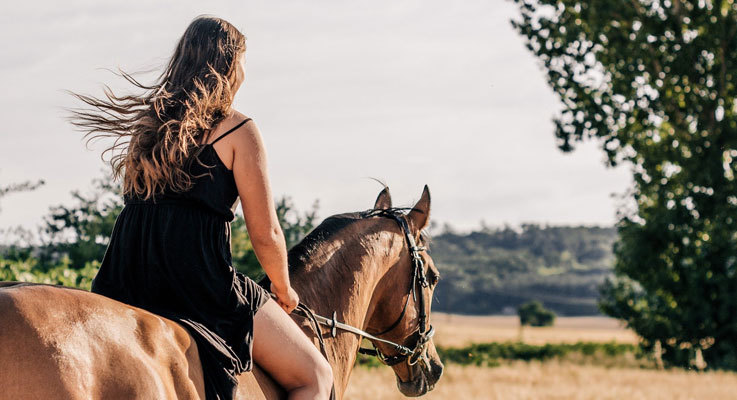 You don’t need to travel far from your villa to see plenty of Florida’s native wildlife! From creepy crawlies, to black bears and alligators, Florida has a diverse ecosystem that nature lovers will be fascinated by! 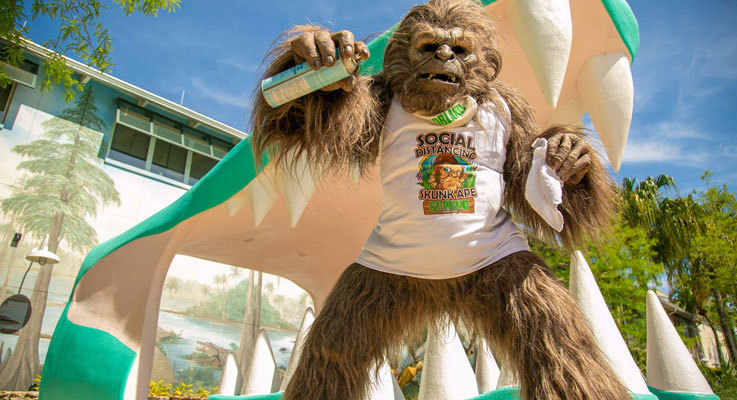 A bigfoot type creature, known as Gatorland’s Skunk Ape has joined the team since reopening. Also described as the Covid-19 safety manager, his role is to keep everyone safe at the wildlife park, making sure guests are following the guidelines! 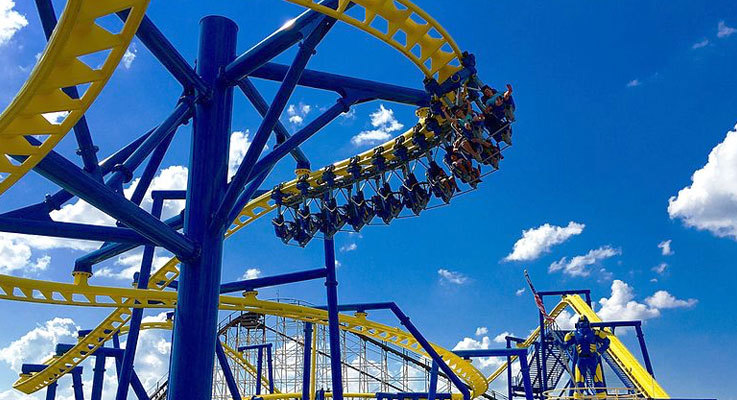 There is plenty of opportunity for spending as much, or conversely as little as you want at these attractions in Orlando and they’re all conveniently located to our villas in Kissimmee and Davenport too!